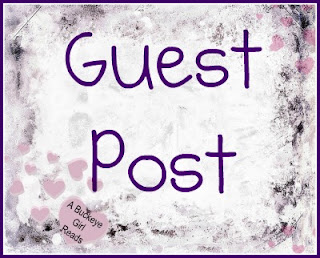 Please help me welcome Heather Massey to A Buckeye Girl Reads! She is here to talk about Clockpunk and her new book The Watchmaker's Lady.

Do you remember JACK FROST, the 1979 stop motion animated TV special created by Jules Bass and Arthur Rankin, Jr.? I watched that holiday show in my youth, but I never could have predicted how it influenced me years later when I decided to tell the stories in my head to other people. 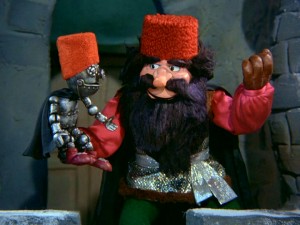 The Rankin-Bass version of JACK FROST is about how the titular winter sprite falls in love with a human woman and attempts to win her heart. On the surface, it’s a show for kids, but when I re-watched it as an adult I discovered unusual elements I hadn’t noticed before. In essence, JACK FROST is a clockpunk romance, albeit one with a very bittersweet ending.

What’s clockpunk, you ask? Good question—and I have an answer for you.

A subgenre of science fiction and fantasy, clockpunk is under the same umbrella as steampunk. Basically, clockpunk stories are marked by the presence of clockwork-powered technology and (usually) the themes/social commentary driven by said technology.

Examples of clockpunk stories include Jay Lake’s MAINSPRING, Dru Pagliassotti’s CLOCKWORK HEART, and Bonnie Dee’s LIKE CLOCKWORK. (A search at Goodreads will turn up a sizeable list of books with “clockwork” in the title, many of which would include clockpunk elements.)

Now that we’ve covered the basics of clockpunk, let’s return to JACK FROST. That show’s clockpunk elements in particular fascinated the heck out of me. You see, Jack Frost’s nemesis is an evil Cossack King named Kubla Kraus. Kraus lives in a big stone castle where he commands an army of clockwork automaton soldiers, which he calls “Keh-Nights.” 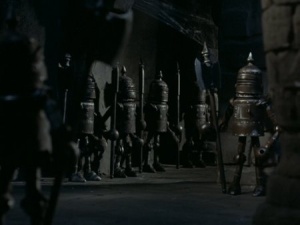 Kraus also rides a steam-powered iron horse. If that weren’t enough, his closest companion is a ventriloquist’s dummy—aptly named “Dummy”—who is a mini mechanical automaton. Even clockwork mice roam the castle halls. JACK FROST is a veritable cornucopia of clockpunk! 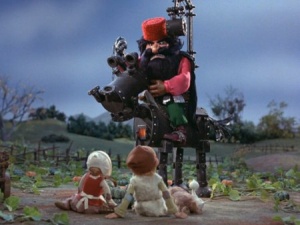 The clockpunk elements in JACK FROST certainly weren’t the first to ever appear in mainstream pop culture, but the Rankin-Bass brand ensured quite a bit of exposure for them. In fact, the impact on me was so strong that when I came up with a clockpunk romance of my own, I couldn’t help but wonder if JACK FROST was in the back of my mind as I developed the story. 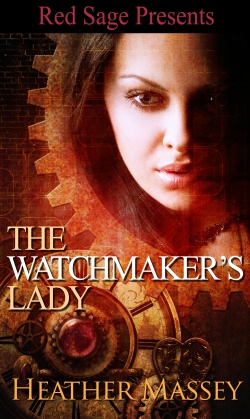 THE WATCHMAKER’S LADY is about a watchmaker in 1840 New England who falls in love with a beautiful clockwork automaton of his own creation. Naturally, being a watchmaker, he has the skills and aptitude to fashion a lover from clockwork technology. As a result, there’s a strong Pygmalion theme running throughout the tale.
On the surface, this story is about a man in love with a Victorian sex doll, but my real goal was to write a heartwarming romance between two soul mates who manage to find each other—and stay together—despite overwhelming odds.To learn more about THE WATCMAKER’S LADY, including the blurb and free, downloadable excerpt, I invite you to visit my Web site at heathermassey.com.And if you haven’t already seen JACK FROST, I think you’ll be intrigued by the show’s fun clockpunk elements—not to mention Kubla Kraus’s awesomesauce musical number!

Heather is giving one E-book copy of her book to one commenter! Please leave either your twitter handle or email for me to contact you in the event you are the winner. If you could leave what format you would like the book in that would be great!  The formats that the book are available in are: PDF, .ePub or .Mobi.  The giveaway is open until 11:00pm on Tuesday April 10th, 2012. Winner may be contacted by email and not announced on a winner post.