While I was searching for Jane Austen related books for the EverythingAusten hosted by the wonderful Stephanie at Stephanie's Written word, on Amazon.com I stumbled upon this book: 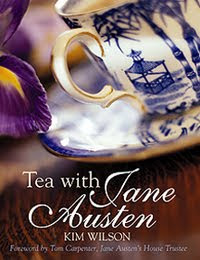 Loving tea, I thought what a fun book! I'd love learning about the different types of tea and social etiquette of the time period. I was surprised to find though, it was more of a social commentary kind of book, and not a serious history of tea book like I thought it would be. This book did have wonderful snippets of how tea would have been served during Austen's time, and had great quotes from her books and letters to her sister Cassandra. This book did have recipes, and the best part about it was when that the author included the original recipe from Jane Austen's time with the modern day recipe.

I tried two recipes from the book: Pound Cake and Bath Cakes. The latter because I've read too many regency romances in my day. The former because it sounded like fun. The pound cake was actually the harder of the two to make. The instructions were kind of vague for a beginning baker like I am. I found much easier ones on the internet. The most fun part about making the Bath Cakes was making my own dough for the bread. There was just something satisfying about having the dough rise and turn out as it should! Bath Cakes were the bigger hit of the two, but the pound cake impressed everyone more. Here are some pictures: 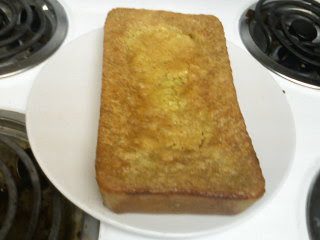 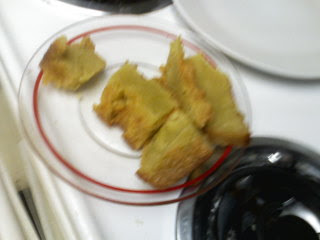 Unfortunately the pictures of the bath cakes may be lost...I took them with my cell phone, and somehow managed to dislodge the memory card, and can't get them to download. I'll post them as soon as I can. Here are some images I found on the web, but mine weren't nearly as beautiful: 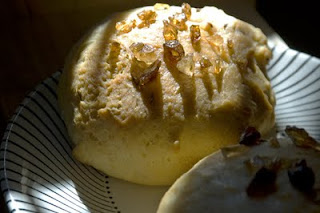 They are a cross between a rye roll and a sweet roll. They were delicious!

This isn't the dough I made for them, but it's darn close!

I have wanted to see this movie ever since I read an interview with Anne Hathaway in Marie Claire about how the only reason she got the role is because she was up all night with her sick dog and wasn't her usual perky self.

Confession: I hated this movie. I had to do something I hate doing- I turned it off halfway through the movie. I had an hour left and couldn't take it any more!

I think the main problem was that I couldn't see or feel any chemistry between Anne Hathaway and James McAvoy for most of the movie. By the time it happened it was too late-my attention was gone.

Then there were the cheesy lines like this one when Jane was kissing Tom LeFoy: Jane: "Did I do that right?" Tom: "perfectly." That totally took away from one of the rare moments that I thought I could like the movie.

I could see however, the different books intertwined in the movie and it was nice to be able to recognize them.

While I would recommend reading Tea with Jane Austen, I would not recommend watching Becoming Jane.
Posted by A Buckeye Girl Reads at 9:51 PM