On The Island by Tracey Garvis Graves 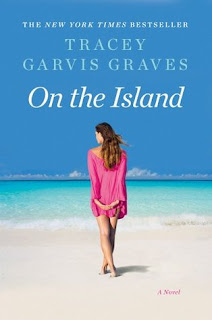 Title:  On The Island
Author: Tracey Garvis Graves
Genre: Contemporary Romance (Cross genre though with a lot of other genres)
Publisher: Penguin
Number of Pages: 281
Source: Sent from Publisher

When thirty-year-old English teacher Anna Emerson is offered a job tutoring T.J. Callahan at his family's summer rental in the Maldives, she accepts without hesitation; a working vacation on a tropical island trumps the library any day.T.J. Callahan has no desire to leave town, not that anyone asked him. He's almost seventeen and if having cancer wasn't bad enough, now he has to spend his first summer in remission with his family - and a stack of overdue assignments - instead of his friends. Anna and T.J. are en route to join T.J.'s family in the Maldives when the pilot of their seaplane suffers a fatal heart attack and crash-lands in the Indian Ocean. Adrift in shark-infested waters, their life jackets keep them afloat until they make it to the shore of an uninhabited island. Now Anna and T.J. just want to survive and they must work together to obtain water, food, fire, and shelter. Their basic needs might be met but as the days turn to weeks, and then months, the castaways encounter plenty of other obstacles, including violent tropical storms, the many dangers lurking in the sea, and the possibility that T.J.'s cancer could return. As T.J. celebrates yet another birthday on the island, Anna begins to wonder if the biggest challenge of all might be living with a boy who is gradually becoming a man. (goodreads)

You know that warm and fuzzy feeling you get after reading a really, really good book? That's how I felt the whole time I was reading On The Island. I can't believe I almost passed this book up for review. When I saw the age differences of the heroine/hero my initial reaction was "um, I don't think so." Then I started reading some of the reviews on goodreads from trusted sources and knew I had to give this book a chance. I am so glad I did. There just aren't enough words to say how much I loved TJ this book.

I think what I loved most about this book was how realistic it was.  I kept expecting there to be Instalove, and when it didn't happen in a couple of places I thought it would, I was so so stunned because I can't remember the last romance I read that took the time to build up a relationship. This book was just beautiful in the way it explored the relationship of Anna and TJ.  By the time the two admitted their feelings for each other, I was totally behind it and cheering them on. This book was emotionally charged, and I found myself feeling the same way Anna and TJ did when they were on the island.  Normally books without a lot of action and that change Pov a lot (Anna and TJ take turns telling the story) end up frustrating me at the halfway point and it's a chore to finish reading. Such was not the case here. I just devoured this whole books. It's one of those rare times where it makes you skip taking a nap, and you forget about eating. The only thing that you can think of is finishing the book.

I loved how I didn't know how this book was going to end. I didn't know if there would be a HEA or not. I admit I was on edge the entire time wondering what would happen next to Anna and TJ.   Character wise, Anna was not all that likable in the first half of the book. I thought she was a bit of a whiner and could have done more to help their situation on the island. In the last half of the book though, Anna really grew on me and I ended up liking her just as much as TJ. She makes some really hard decisions. I admired her for that because I'm not sure I would have had the strength to do what she did after everything she had been through.   While it took awhile for me to warm up to Anna, I liked TJ right from the start. He was just a likable character, and showed maturity beyond his years. What I really liked was that we got to see the emotions they were going through the entire time.

I really kept expecting the pov to change to the families, and I'm so glad it didn't do that. I just really liked how Anna and TJ took turns telling the story. It made me feel much more connected to them & the story. What I liked the best though, was that there was not long descriptions of them finding shelter, of the island, etc. There was enough though that the reader felt and could envision what was going on, but not enough that I was bored to tears by it. I'm still amazed at how this story just sticks with you and never leaves. It's been days since I read it, and I'm still thinking about it.

I still can't believe that I almost passed on a chance to review this, especially how it is now my favorite read of the year so far. (I'm just as surprised!) This is a book you want to take a chance on. It was originally self published, is now going to be made into a movie by MGM (Please for the love of everything don't let Katherine Heigl play Anna.) and was bought by penguin. Don't you just love success stories like this one? Honestly though, this was such a nice change of pace from normal romances and what I normally read that I can't stop saying how much I adored this book. This is one for the keeper shelves and I can't wait to read more by this author.