I discovered Spiders Bite: Elemental Assassin Book #1 by Jennifer Estep from Mandi at Smexy Books and Donna at Fantasy Dreamers Ramblings. The story intrigued me, and I couldn't believe it when my library actually had it!I have discovered that I am not a patient reader, and have a tendency to give up on books if they don't hold my attention 100 pages in. I had actually given up on this book, but decided to give it one more shot. I'm so glad I did! I would have missed out on a great new series if I had stopped reading when I had planned to.

Gin Blanco goes by the name of Spider, and is an assassin. She also happens to have some magic in her-she's a stone elemental. She's hired to do what she thinks will be a simple job. However, things don't go as planned when she is double crossed and her handler, who is like family, winds up dead. Gin isn't afraid to kill anyone who gets in her way and protect those closest to her. She doesn't need the complication that Donovan Caine, the last honest detective in Ashland, brings to he mix when he gets involved and agrees to help Gin find the person who killed her handler.
My Thoughts:

When  a book starts out with a line like this: "My name is Gin, and I kill people." You just know it's going to be an action packed book! Once this book got going, it was seriously hard to put down. I read the last half of the book in one afternoon! Of course, it took me 3 days to read the first 150 pages...because that's how long it took for Gin to meet Caine. Once those two meet though, be prepared to be wowed.

For me, the story took so long to get started because of all the world building and magic that had to be introduced...while this annoyed and bored me a bit, after the story takes off I realized why the author spent so much time explaining everything in the beginning. There was a lot of magic going on, and it all added up to some serious action!

I really wouldn't call this a romance just yet, but Gin and Caine had a lot of great chemistry going on. What I loved about this book that while Gin was tough as nails and not at all apologetic for what she did for a living, she was still likable. I totally understood how and why she became an assassin. I loved Caine's struggle with realizing that good and bad aren't always as black and white as we make them out to be. The side characters in this book were great! Like vampires-check! Dwarves-Check! Giants-check! Healers-Check! Finn was my favorite, and I hope we get to see more of him in the other books in this series.


I can't say this enough, but I'm really glad I didn't give up on this book! 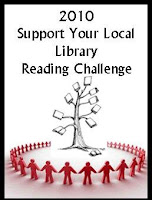 Posted by A Buckeye Girl Reads at 7:37 PM